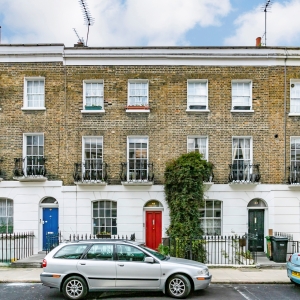 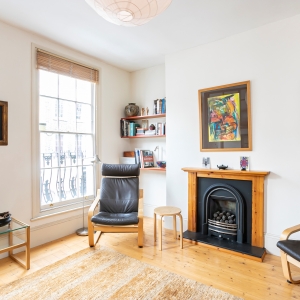 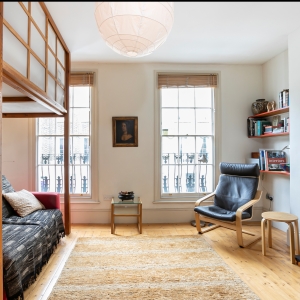 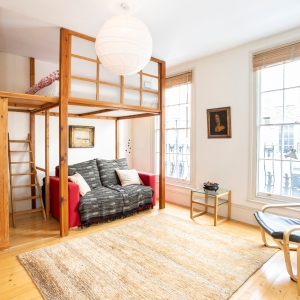 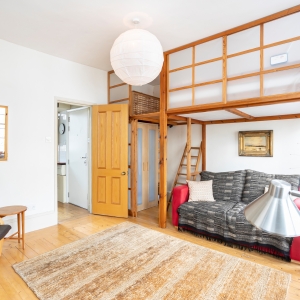 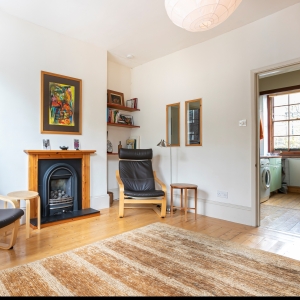 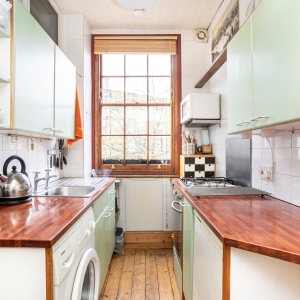 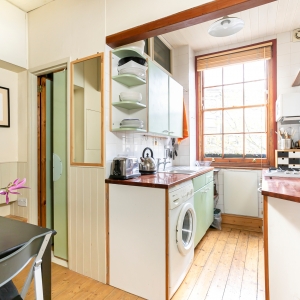 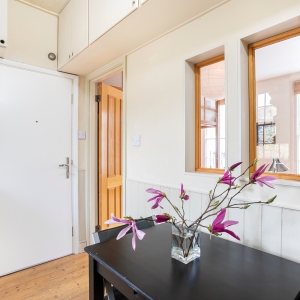 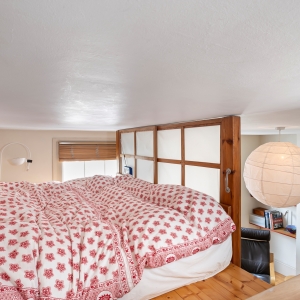 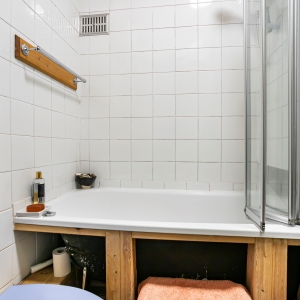 A bright and characterful studio flat with high ceilings and tall sash windows, converted from the first floor of an attractive period terraced house quietly and conveniently located in a residential street in the heart of Camden Town and its multiple transport facilities, shops and restaurants. Regent's canal is moments away, leading to lively Granary Square and the newly developed Coal Drops Yard and Kings Cross and St Pancras mainline and Eurostar stations. The flat has many original features, a host of clever features and a hand made kitchen with small dining area. The studio room has a mezzanine sleeping area with storage below. Low outgoings. 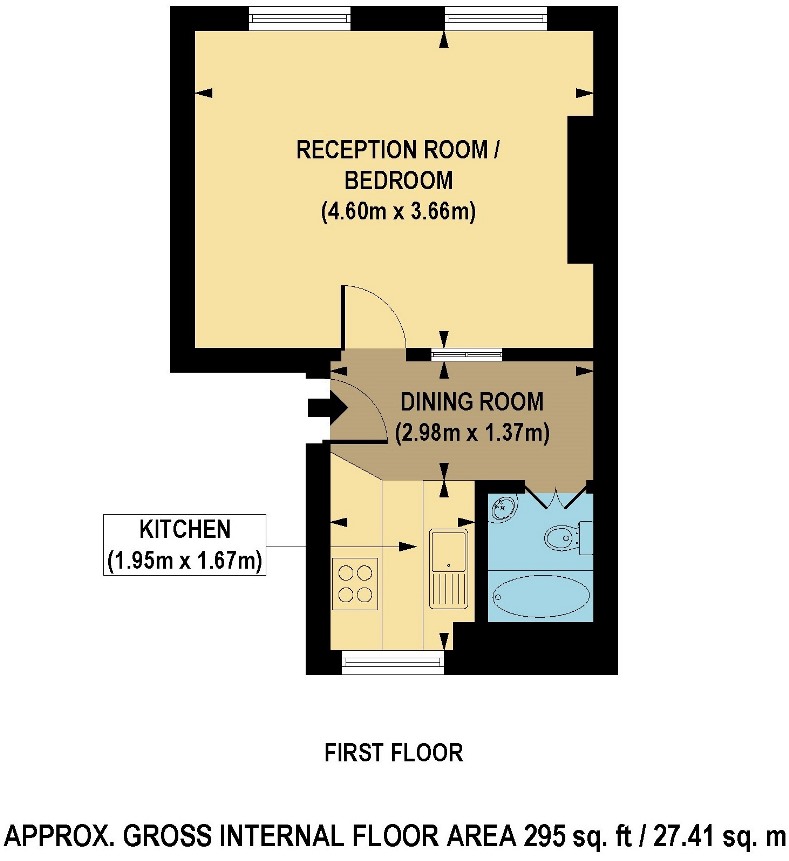