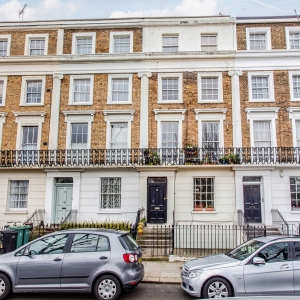 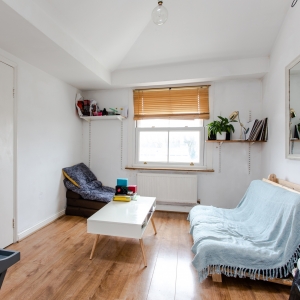 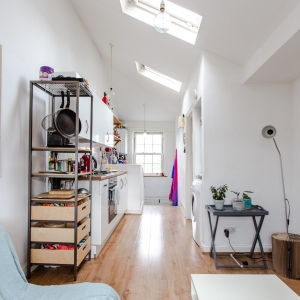 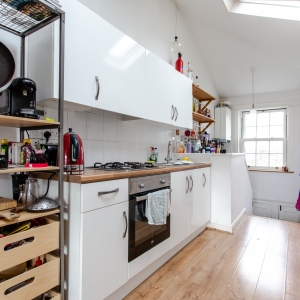 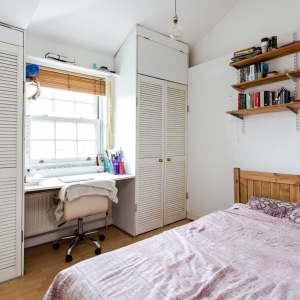 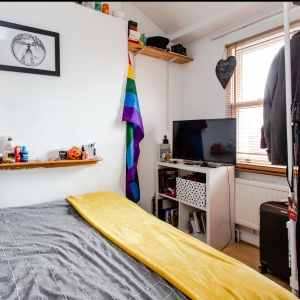 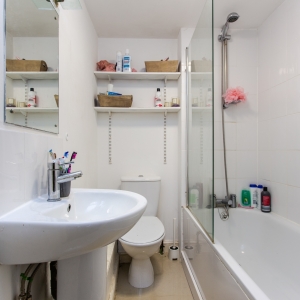 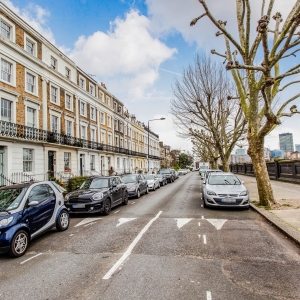 A bright two bedroom flat with far reaching views converted from the entire top (third) floor of an attractive period terrace, quietly and conveniently located within moments of Parkway with its many shops, bars and restaurants and close Camden Town and Mornington Crescent's multiple transport facilities. The wide open spaces of Regent's Park and Primrose Hill are close by. Open plan Kitchen-living room. Vaulted ceilings, Sash windows. Excellent storage. Gas central heating. Internal staircase (from entrance on the floor below). 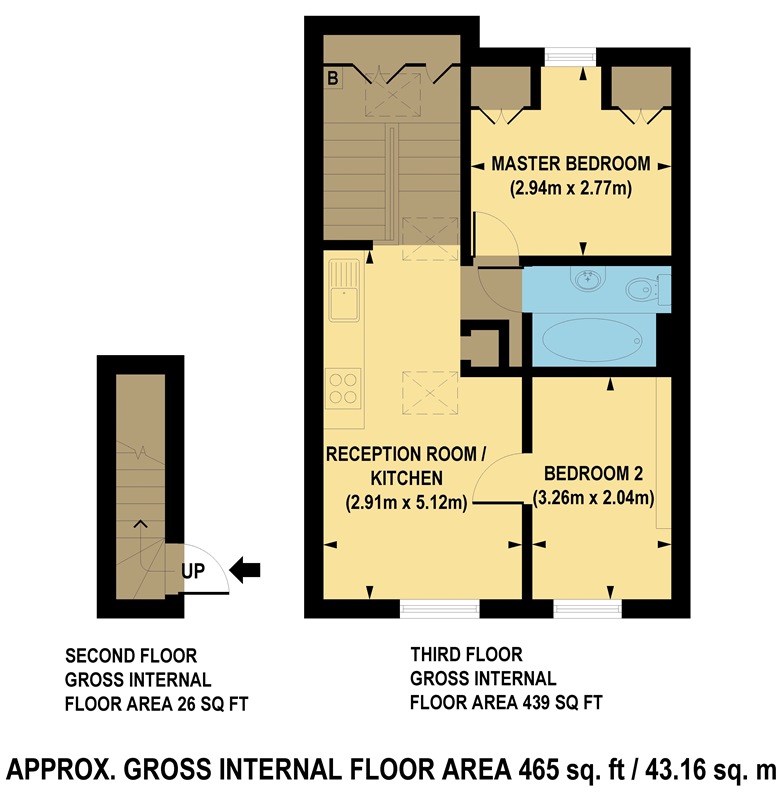 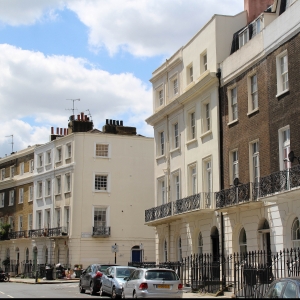 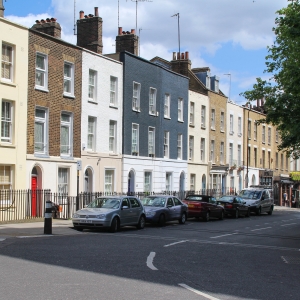 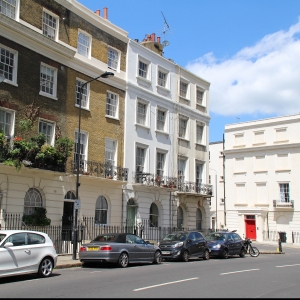 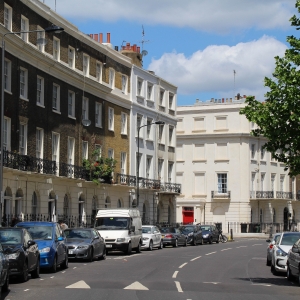 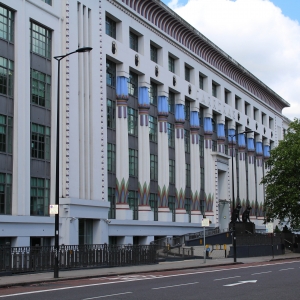 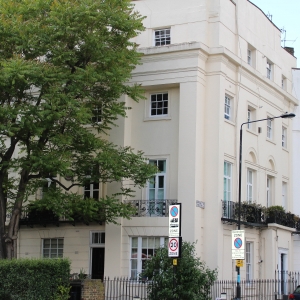