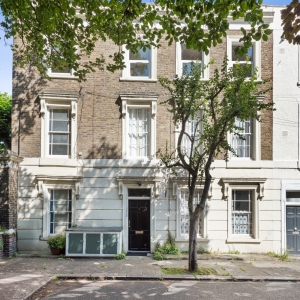 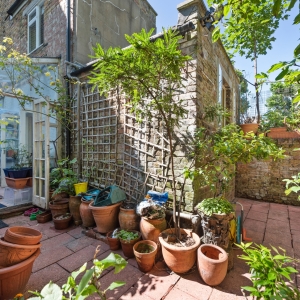 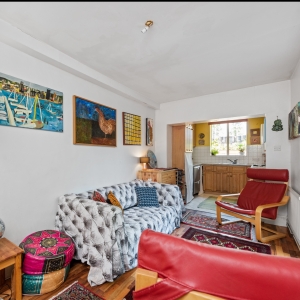 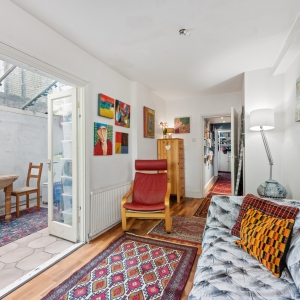 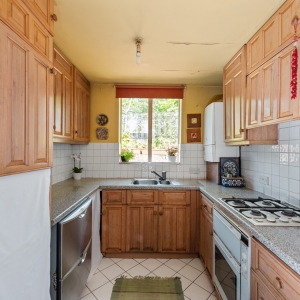 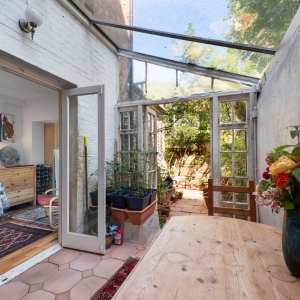 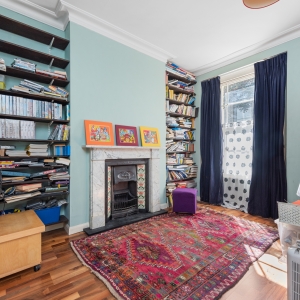 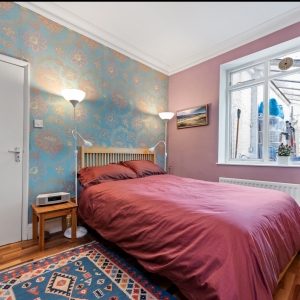 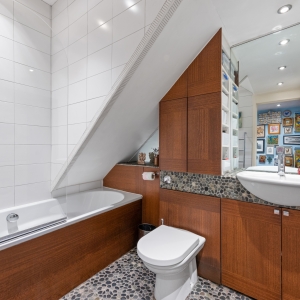 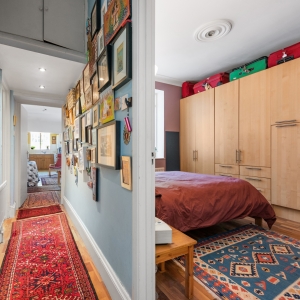 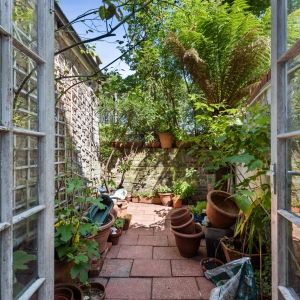 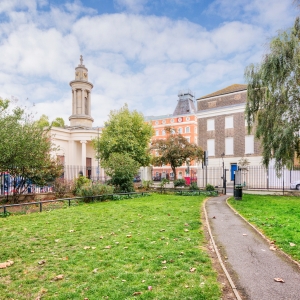 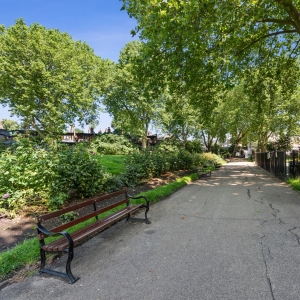 A bright and spacious ground floor garden flat, quietly and conveniently located in St Martin's Close, a period cul-de-sac comprising of 15 properties, within walking distance of Camden Town, Kings Cross and St Pancras' multiple shops, restaurants, mainline and tube Stations, with Granary Square and the newly developed Coal Drops Yard close at hand. The flat backs on to a small park, St Martin's Gardens which was previously owned by St Martin's in the Fields church. Two double bedrooms. The private garden is accessed from the living room via a large conservatory. The flat is in general good condition, although the kitchen, conservatory and central heating system are in need of updating. Share of freehold. Chain free. 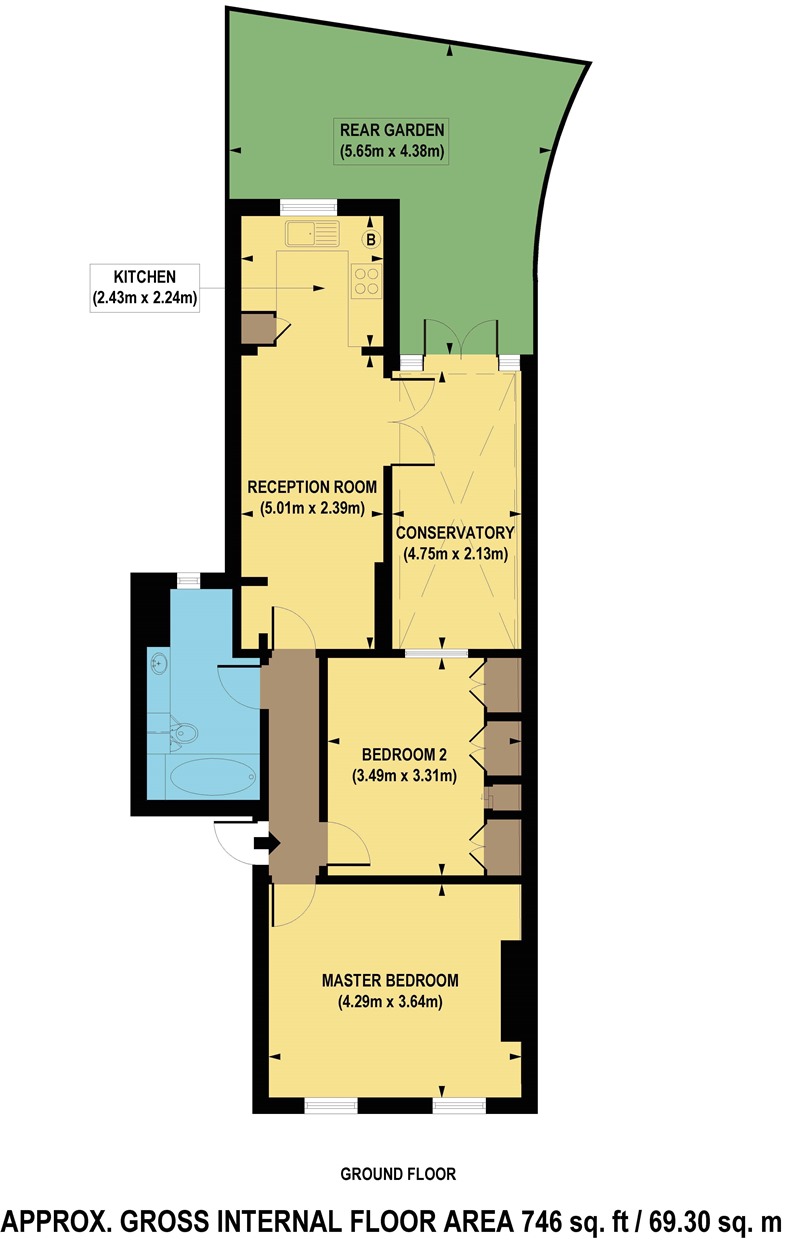