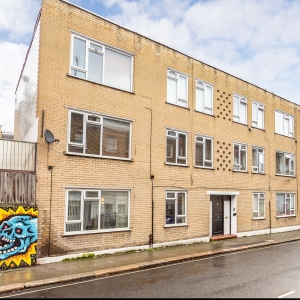 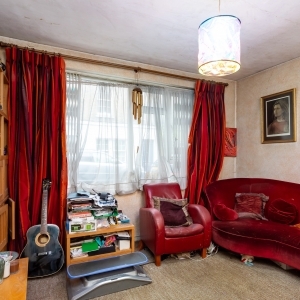 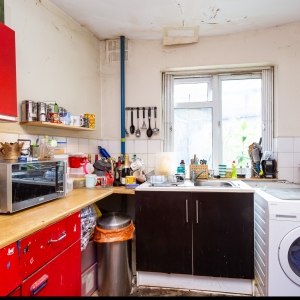 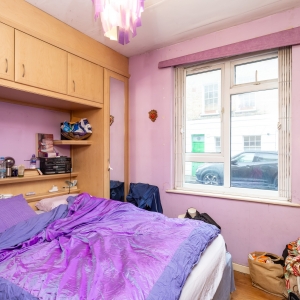 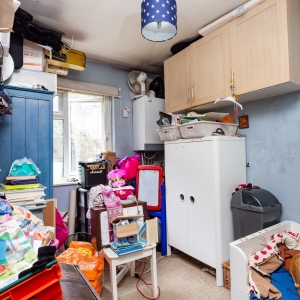 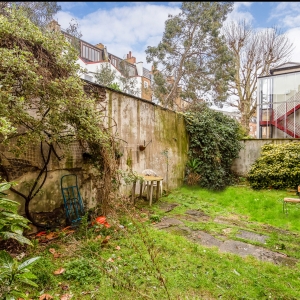 Offered to cash buyers only, due to its 58 year lease, a two double bedroom ground floor flat in need or redecoration. Camden Court is a small three storey private purpose built block of only six flats quietly and conveniently located close to the heart of Camden Town with its multiple shops, restaurants and transport facilities. Camden Town tube (Northern Line) and Camden Road overground stations are moments away. The mainline stations of Kings Cross and St. Pancras are also within walking distance. Access to shared garden. Gas centrally heated. Double glazed throughout. Entryphone. 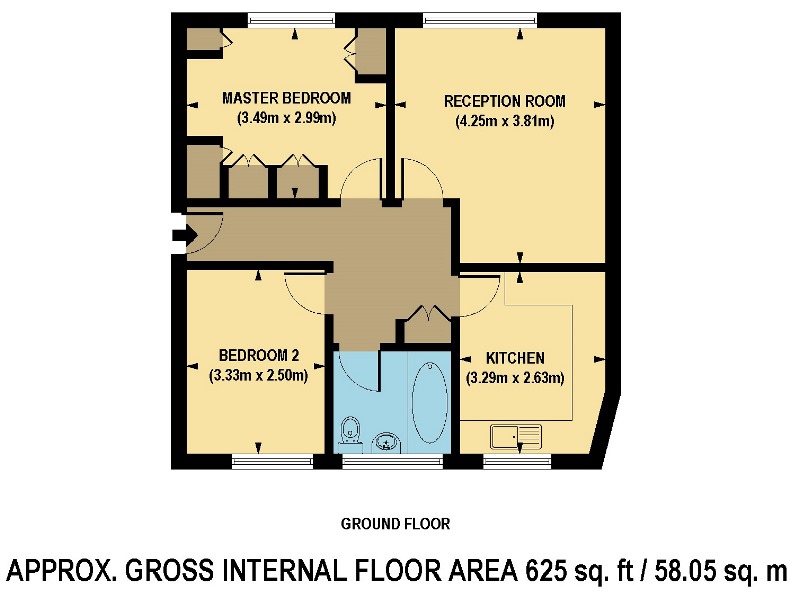 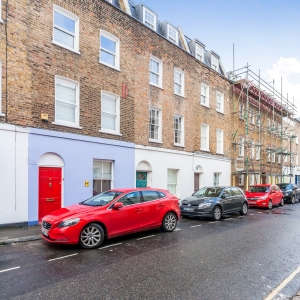 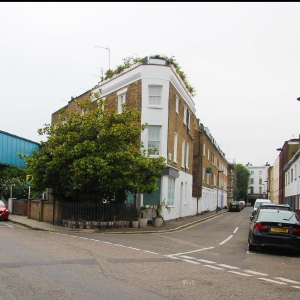 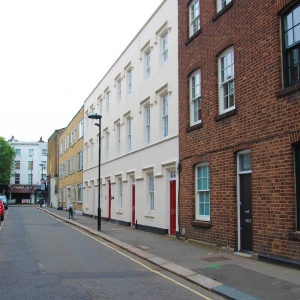 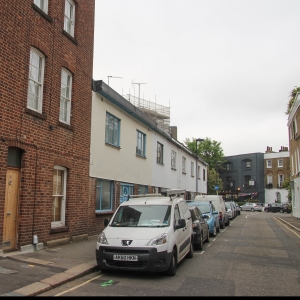 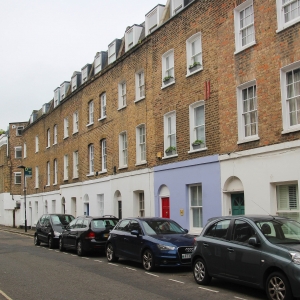 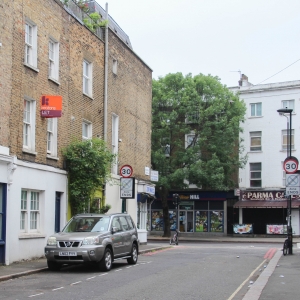 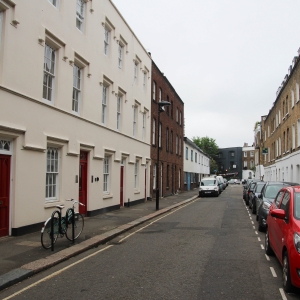 Rousden Street is a quiet residential street just off the main drag. With a raised continuous path for pedestrians it’s pretty much hidden as an option for motorists. Only a handful of people seem to notice the words “Except from the North” attached to the No Entry sign on Camden Road, and we're not about to tell them. It's 20 mph too so should discourage any boy racers. Collins Dictionary definition of a boy racer: a young man who drives his car aggressively and at an inappropriately high speed. Urban Dictionary definition: look at me. I got an escort/vauxhall nova/renault clio with a spoiler, fat tyres, a maxpower stick and neon lighting. No offence meant towards aforementioned brands of car!

192.com People, Businesses and Places, tells us within a 5 mile radius of Rousden Street there are 6 petrol stations, 50 convenience stores and 156 restaurants. So we can ascertain it's close to some excellent facilities, including Camden Market and Lock. Three local pubs all score over 4 stars on Google reviews. In reverse order: Slatterys, The Colonel Fawcett (good for veggies and vegans too), and The Old Eagle (apparently suitable for a first date!). There are some good schools close by too.

Formerly named “Little Randolph Street” it runs between Randolph Street and Camden Road. During the mid-Victorian era a dozen or so local street names were changed and bestowed by St Pancras Vestry. Lyme Street (as in Lyme Regis) seems to have no local significance and neither does nearby Rousden; just dreamt up by some vestryman, quiet randomly. How times have changed, you won't find people in positions of authority making any random decisions these days!
Times have changed in other respects too for Rousden Street. Back in 1816, but be reassured no longer in existence, it was infamous for its brothels.

The architecture ranges from flat-fronted early Victorian terraced houses, most of which have now been extended upwards with mansard levels and remain single dwellings, to more contemporary purpose built flats. Mid-way on the north side, a row of period looking houses are actually purpose built housing association flats attractively disguised to look much earlier than their true age. Beyond these sits a row of seven two storey 1960s houses, interestingly one of which (the first), is double fronted and twice the size of its neighbours. A previous owner told us that it had been used as a home by the builder of the other six. Hopefully this meant, he/she started on time, didn't go over the original quote, did a top quality job, cleared away all the rubbish and communicated with aplomb. Which? revealed the top five problems with builders: starting late, going over budget, poor quality work, leaving behind rubbish and failing to communicate.

The last building on the corner with Randolph Street used to be a working forge with a shop and living accommodation above. We remember it being sold with the forge intact on the lower ground floor, only to reappear on the market some years later converted into a very swish house full of unusual architectural features. Rumour has it that it was snapped up by a member of a chart topping band. Talking of notoriety, in Mozipedia, The Encyclopedia of Morrissey and the Smiths, we discover Morrissey's guitarist, Alain Whyte, once rented a flat in Rousden Street. And in Mike Leigh's film, Career Girls (1997) a scene occurs in a flat on Rousden Street (of a particularly risque nature).

The number of planning applications for Rousden Street indicates a trend in upward mobility. It has always remained a popular street to live in due to its proximity to Camden's centre and we've enjoyed selling (and re-selling) flats and houses on this street over the years.