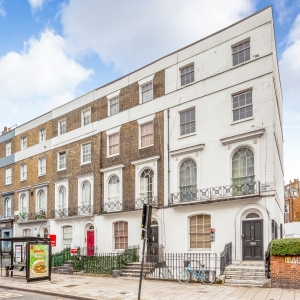 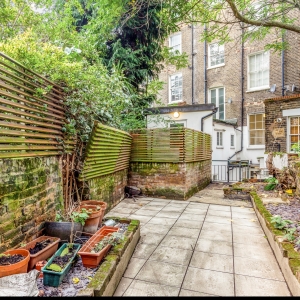 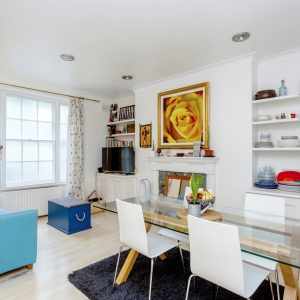 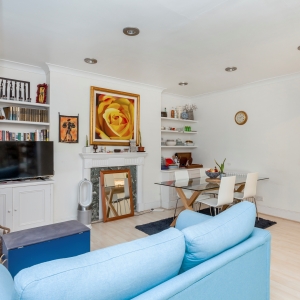 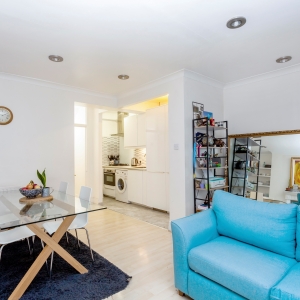 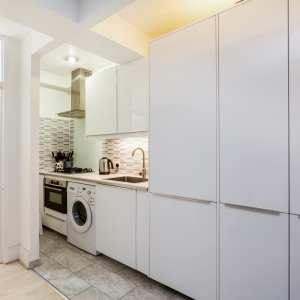 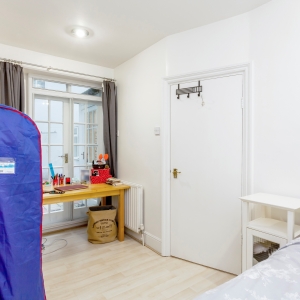 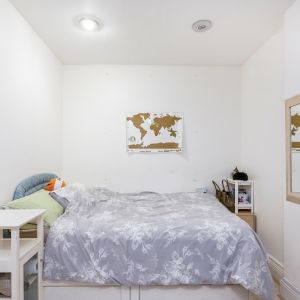 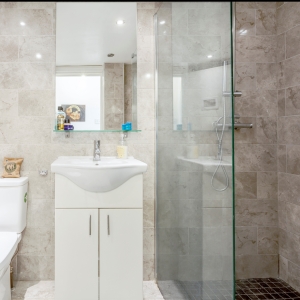 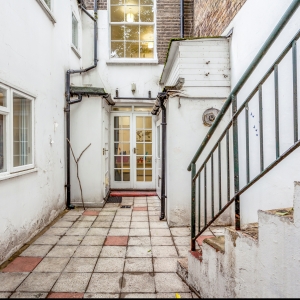 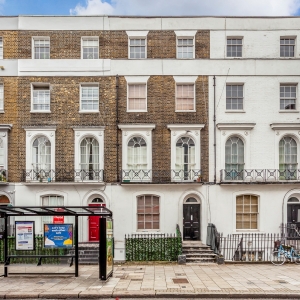 A spacious two double bedroom garden flat with bags of character, its own private entrance and sole use of the rear garden, converted from the entire lower ground floor of a grand period terrace comprising six adjoining houses. Accessed from gate with steps leading down to front patio and storage shed (suitable for bikes). Very centrally located within moments of Mornington Crescent tube station and short walk of Kings Cross, St Pancras and Euston mainline and Eurostar stations, with the West End and Tottenham Court Road within walking distance, as are the wide open spaces of Regent's Park. The flat has excellent storage, gas central heating and share of freehold. 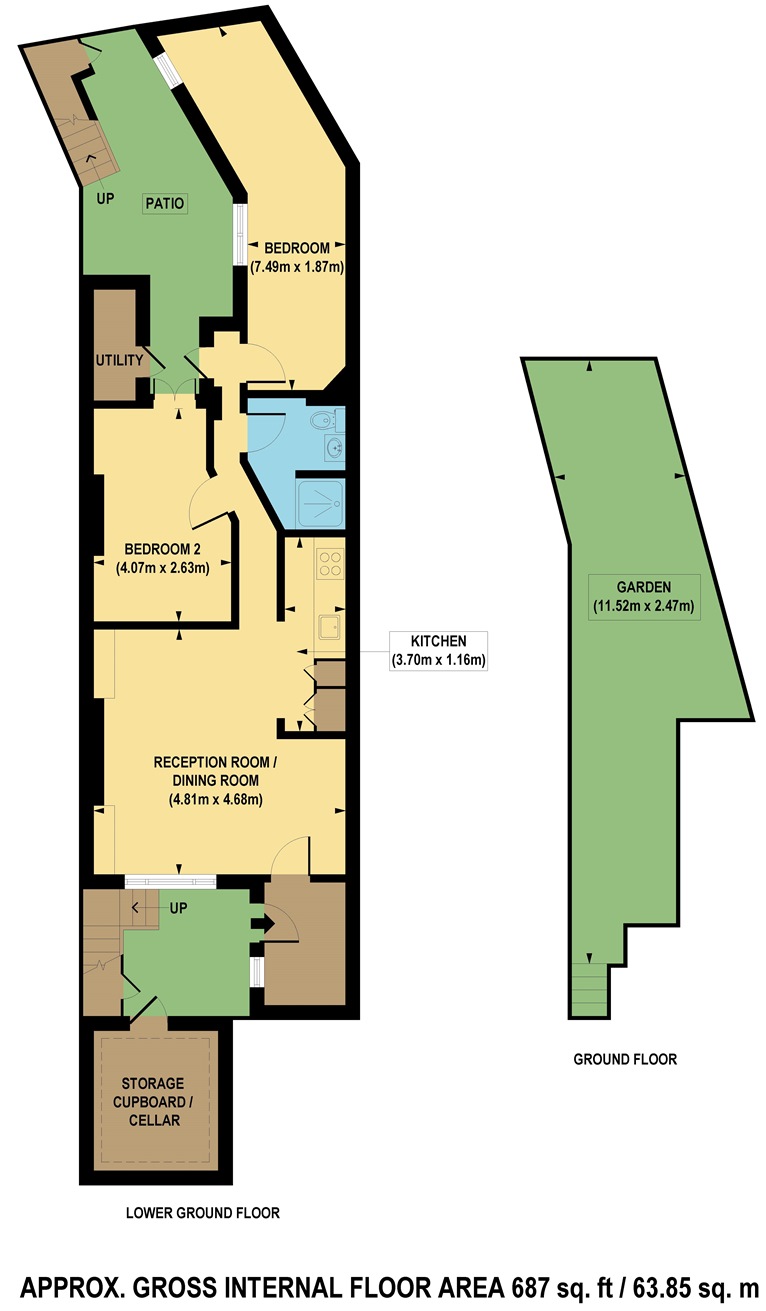 People of all descriptions throng to Camden High Street; a place where industrial and Victorian collide. This street grabs you and doesn't let go. Just sit in a bar or cafe and celebrity-watch, you never know who you might see. Street Art abounds – artists from around the world leave their mark on Camden High Street with its moody bridges, atmospheric railway lines, characterful canals and tempting walls. Impress your friends with your knowledge of the likes of Gregos, Gnasher, Trust Icon, Senor X et al. Notable art works include, the smirking face and John Lennon. If you're tempted to have a go, remember it's an illegal pastime!
Camden High Street has shops and markets galore. Return home with a pair of Doc Martens, some punk trousers, a bit of body piercing, a tattoo, a stack of vinyls and a 1930s tea dress. The food is as diverse. Top favourite restaurants include La Patagonia (Argentinian), Blues Kitchen (American Diner) plus all sorts in between.
Get Far From the Madding Crowd on a canal cruise from Camden Lock to Little Venice (and back again). My Fair Lady might be your boat of choice. You'll see London Zoo and Regent's Park and sumptuous gardens. Take a selfie while pulling a Funny Face. Leave your hat behind though or it will be Gone With the Wind. As The Sound of Music fades you'll feel like you're on a Roman Holiday … Stop with the film titles!
If you're into live music then visit The Electric Ballroom, the curvaceous Roundhouse (its £27 million refurb will make that new bathroom seem like chicken feed), The Hawley Arms and The Dublin Castle. The list of musicians who've played in Camden is searingly long and prestigious; I won't include it in case I miss out someone's all time favourite.
Camden High Street is served well by buses and there is a tube station at each end. It runs north west from Mornington Crescent tube station, where Eversholt Street and Hampstead Road meet. From Regent's Canal bridge, it continues north as Chalk Farm Road. On Chalk Farm Road is the famous Lock Tavern where you can enjoy a Sunday roast in the cobbled beer garden or on the roof terrace which overlooks the markets. Barfly is another voguish venue with nightly gigs. Coldplay, Oasis and Blur have performed there.
Many of the shop-fronted terraced houses have apartments above. A lot of these buildings were built as homes, particularly at the southern end. By the late 1860s shops were extended over the front gardens of these houses and have remained to this day. The style of property differs from luxury apartments to compact studios. Camden Bus recently made a swift sale of a block of eight flats. In 1904, for insurance reasons, most of the houses were photographed and these now belong to Camden Local Studies and Archives Centre - take a look and see what your prospective new home once looked like.
Camden Town derives its name from, Charles Pratt, 1st Earl of Camden. He took his title from his country residence Camden Place in Chislehurst which was named after a previous resident William Camden, a headmaster who retired there from Westminster School in the 16th century – if only he knew how it would turn out!