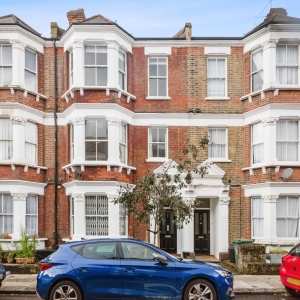 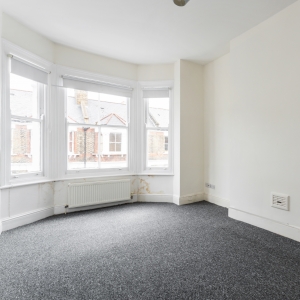 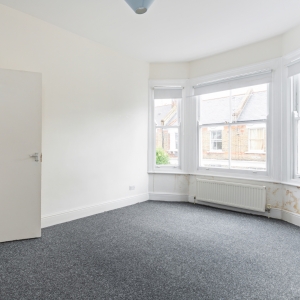 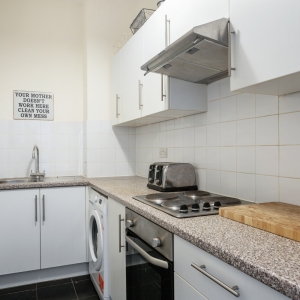 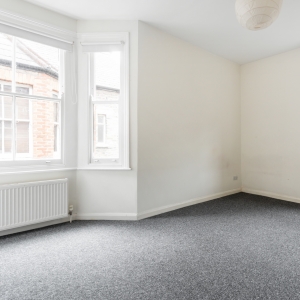 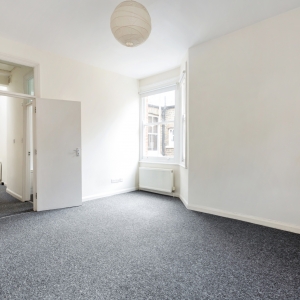 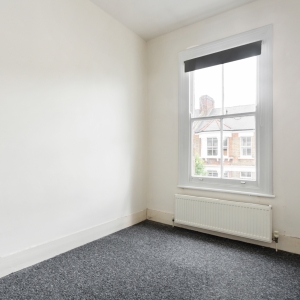 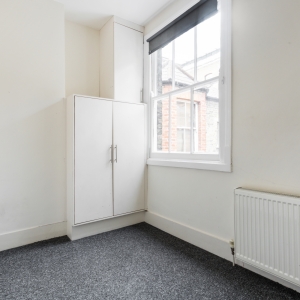 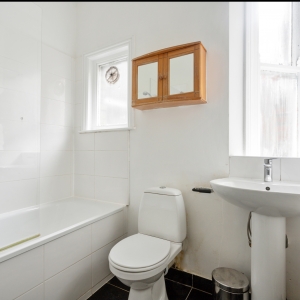 A bright and spacious three bedroom flat with high ceilings. Converted from the entire top floor of an attractive period terrace, quietly located in the heart of Camden Town with its multiple shops, restaurants and entertainment facilities. Regent's canal and the newly regenerated Granary Square are moments away, adjacent to Kings Cross and St Pancras mainline and Eurostar stations. Gas centrally heated. In need of redecoration. Chain free. 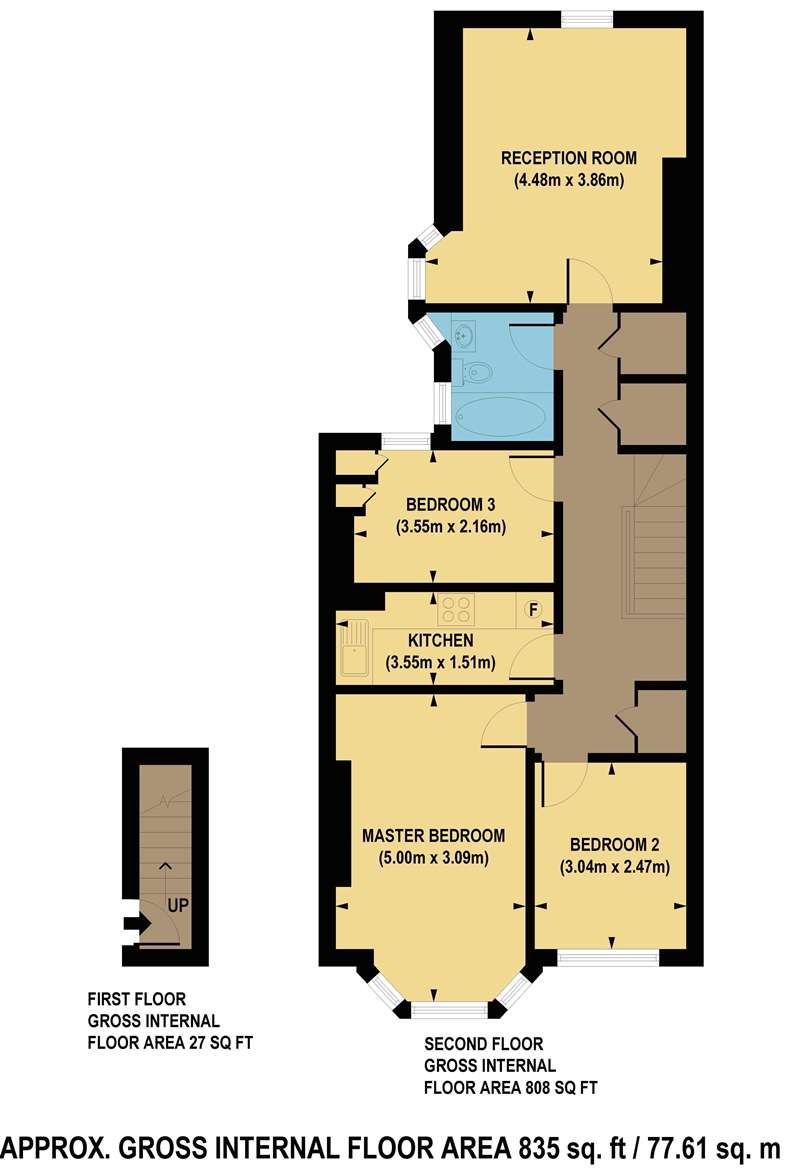 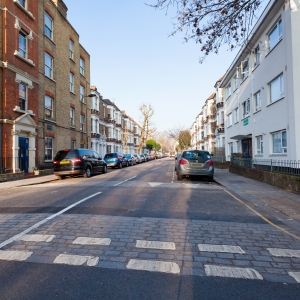 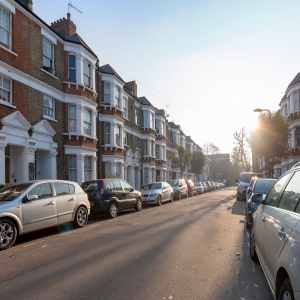 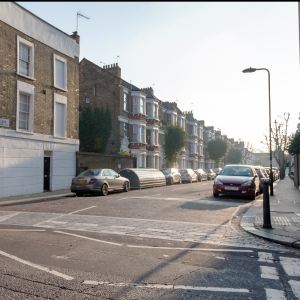 Running parallel with Royal College Street and both taking their names from the nearby Royal College of Veterinary Surgeons established on the same site since 1791. The close neighbourhood was also known for Playing card manufacturer Chas Goodall and Son’s Camden Works, where three-quarters of the playing cards printed in Britain were produced. During the 1830s, the firm expanded into premises in what was then Great College Street (Royal College Street). The Camden Works were kept open until around 1929. The main factory sat behind the terrace in a building which had preveiously been a gun factory and was later used for the production of steam engines. This land was bought by the Post Office in the 1970s
Set in the heart of Camden Town, College Place, previously named Little College Street, was home to Charles Dickens who moved to 112 College Place and it was here in College Place (then known as Little College Street) that he boarded with Elizabeth Roylance, a family friend, who was later immortalised as "Mrs. Pipchin", in Dicken’s Dombey and Son.
College Place runs from Pratt Street in the north and crosses Plender Street to form a cul de sac at its most southern end. Box elder trees shade the whole street. It is all residential, however, its architecture differs enormously from four and five-storey modern blocks of flats south of Plender Street, to three storey Edwardian terraced buildings to the north.

Flats come up for sale in College Place quite frequently, especially in the northern end between Plender Street and Pratt Street. There are no houses in this street, they were all single storey flats although a few of the second floor flats have now extended into the roof. Three flats per building. They were purposely built this way and they're unusual as the front bay windows are three storey in height. The ground floor flats with very few exceptions, tend to have one bedroom and exclusive use of the back yard. The first floor flats and second floor flats tend to be two bedroom apartments.