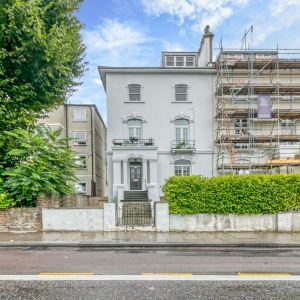 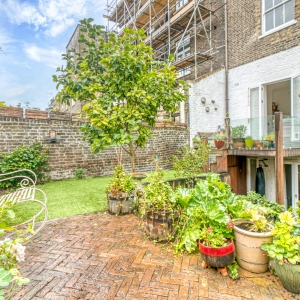 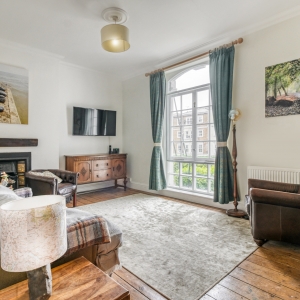 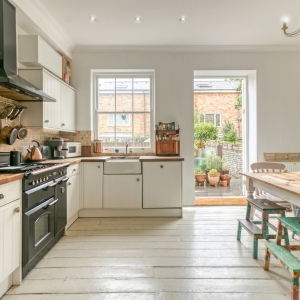 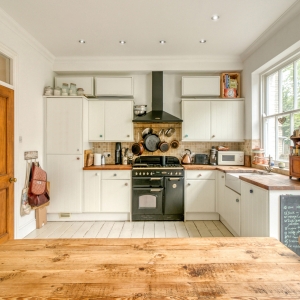 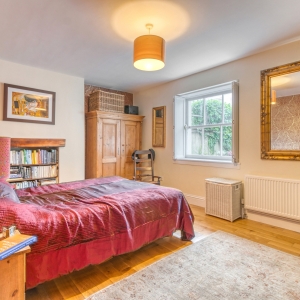 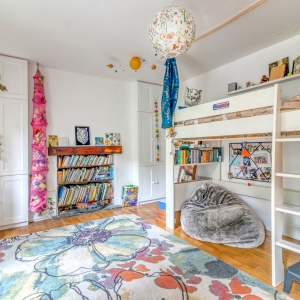 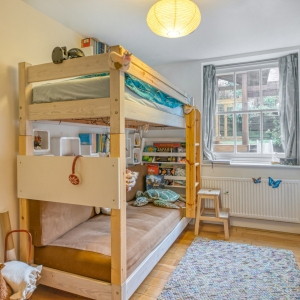 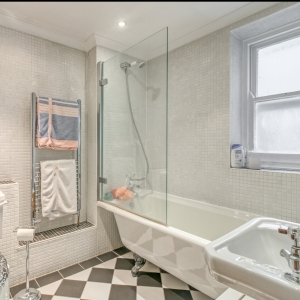 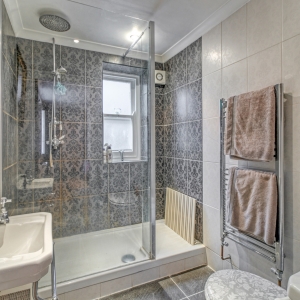 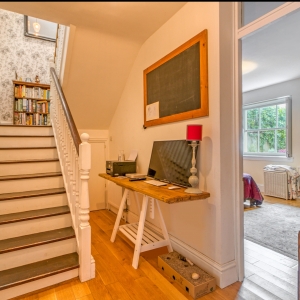 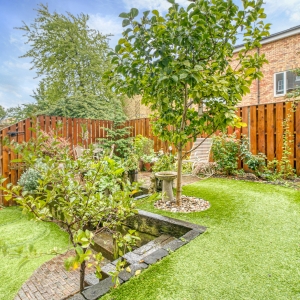 A fantastic three-bedroom period garden maisonette with balcony and exclusive use of private well-kept rear garden, converted from two floors of a grand semi detached house ideally located on the edge of Camden Square conservation area and within the catchment area for Camden School for Girls. Easy access to Camden Town tube, multiple bus routes and Kings Cross and St Pancras mainline and Eurostar stations. The flat has been finished to a high standard with many original features, sash windows, working shutters, fireplaces and wood flooring throughout. Large kitchen diner and living room both with 9'6" high ceilings. Two bathrooms. Access to the garden is through tall French doors leading to the garden, via a large decked balcony. Excellent storage. Share of Freehold. 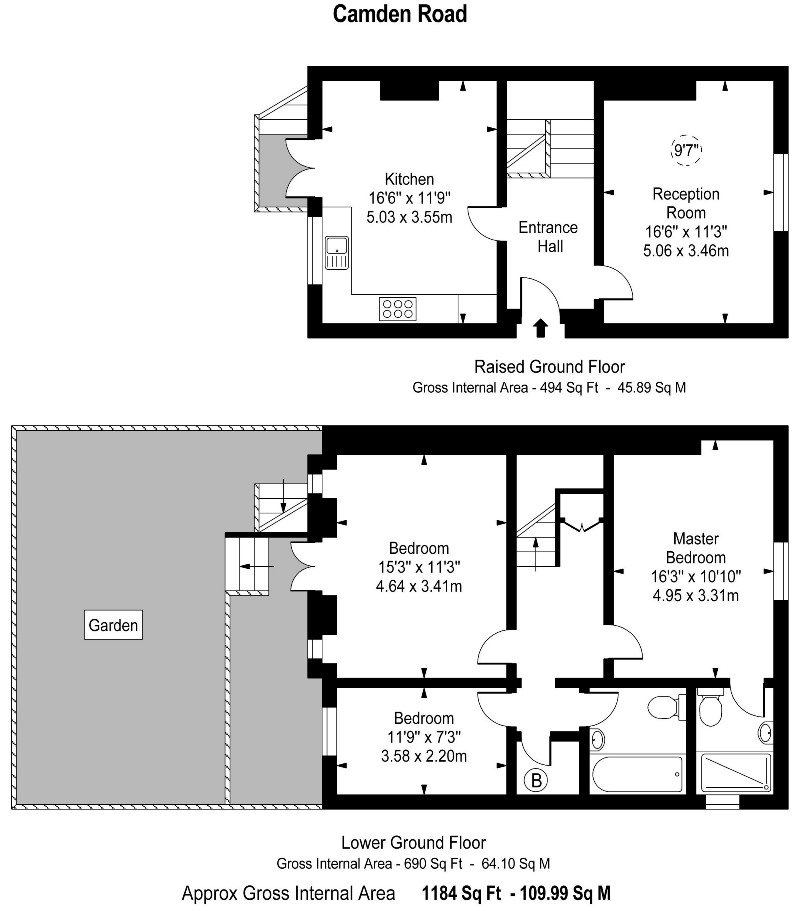