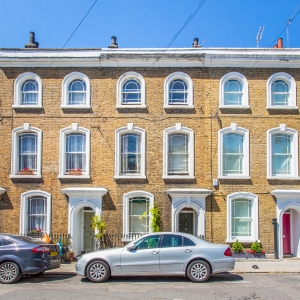 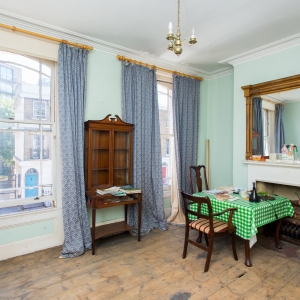 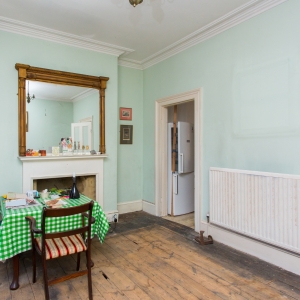 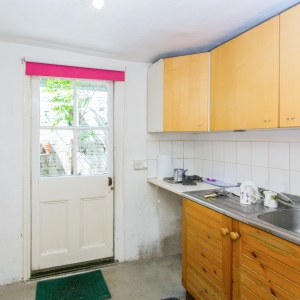 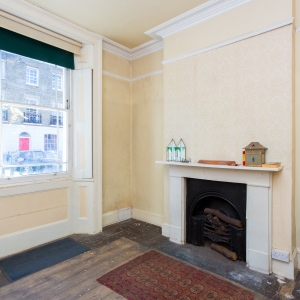 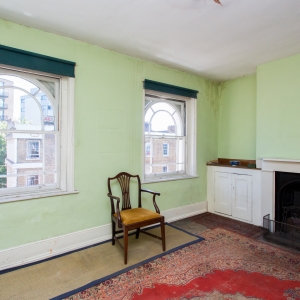 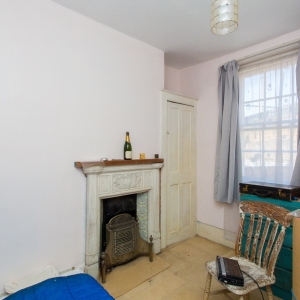 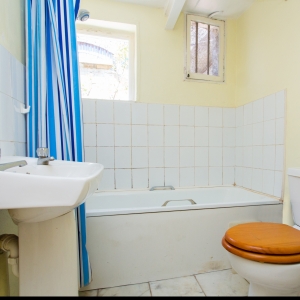 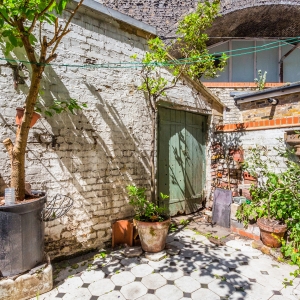 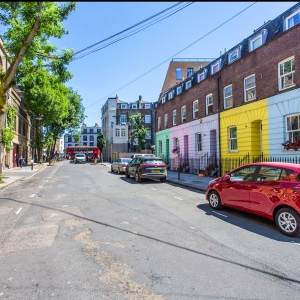 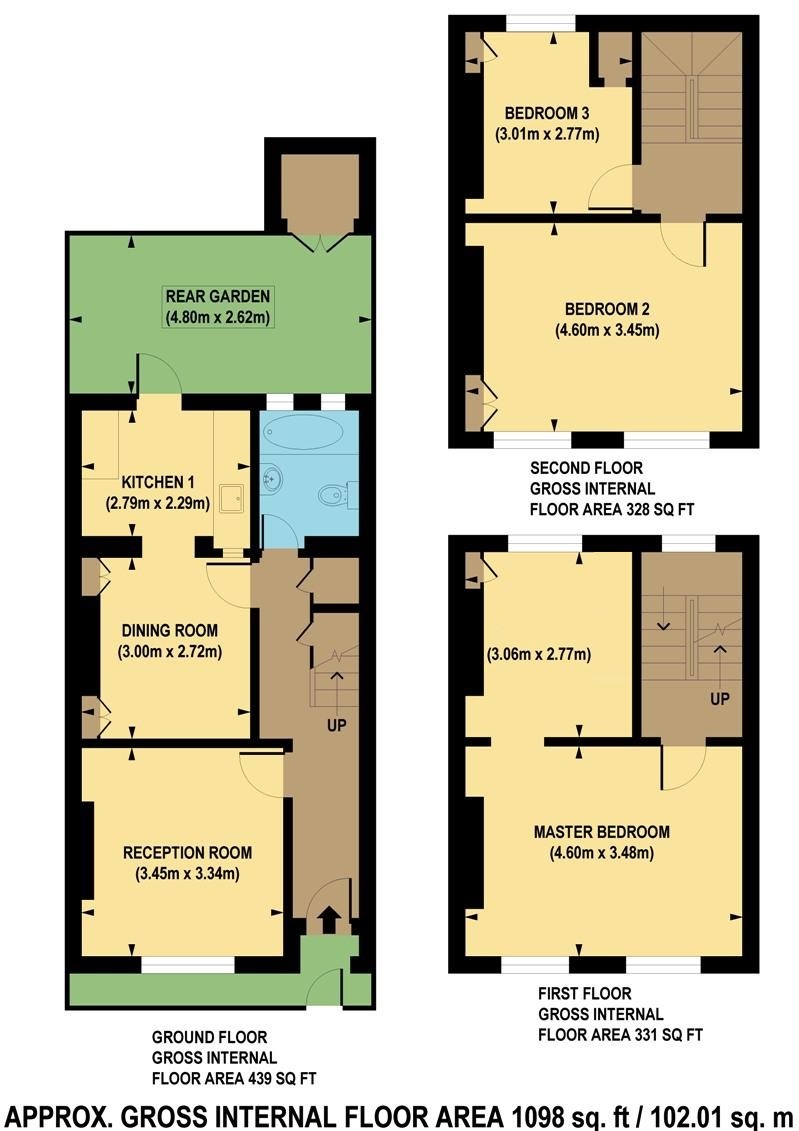 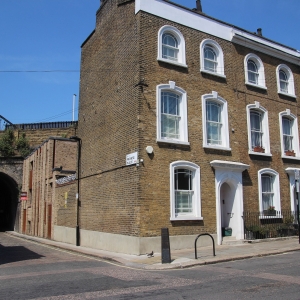 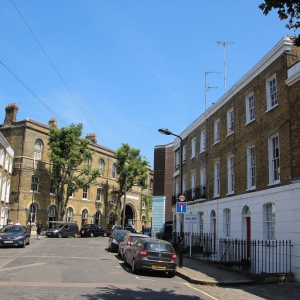 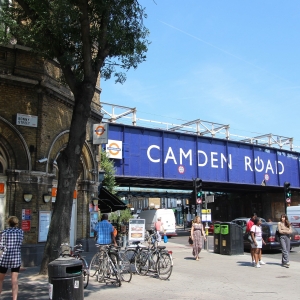 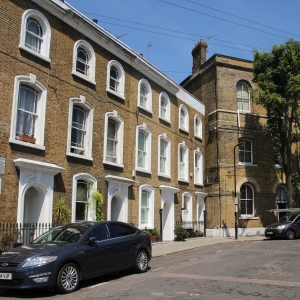 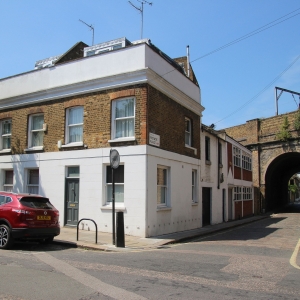 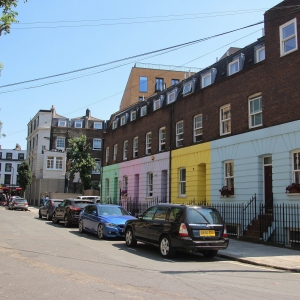 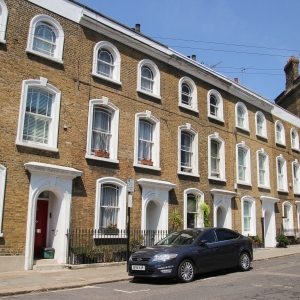 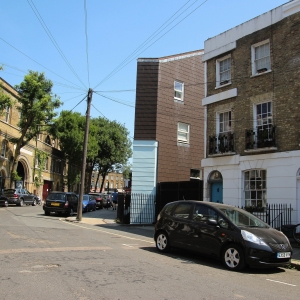 Bonny Street is a small street and one of the earliest built in Camden Town. It was formerly named Brecknock Street. Its new name was a wise choice. Bonny by name, bonny by nature. Bonny (or Bonnie) comes from the Scottish word meaning 'pretty or attractive.' There are many famous Bonnies outside of Bonny Prince Charlie, including Bonnie the orangutan who could whistle. The Beatles, a year after they formed, covered the song 'My Bonny Lies over the Ocean' and although this didn't make much of a stir here, it is credited with playing a role in their early success. So three cheers for the Bonnies.

Brecknock Cottages, on the north side of the street, have been occupied by a variety of residents, including a lithographer (lithography is a method of painting originally based on the immiscibility of oil and water) and a gentleman’s butler. According to 'The International Butler Academy' a butler is not a British invention but a French one. And the most successful butlers are Swiss (what about Carson in Downton Abbey?) In whodunnits it's always the butler wot did it.

The street was in fact named after James Bonny, a local architect, in 1871, presumably when the current Victorian terraces were built. From the outset Bonny Street's residential architecture has rubbed shoulders with commercial buildings. Companies range from Architect's offices to award winning film and TV production companies. Greyhound Racing Association used to have their head office in Bonny Street.

It's a short road. Well we won't hold that against it. As a short person myself, I never did like Randy Newman's song, Short People (1977). He did claim later that the song didn't reflect his personal opinion. Anyway, all the best things come in little packages. It's an unusually wide road too, and relatively quiet for being so central to Camden Town. Throughout the decades up to the present day, the architecture has been altered, updated or rebuilt, with many of the commercial buildings refurbished as plush offices and luxury homes. On the south side of the street, the narrow Grade II listed terraced houses have also been lovingly restored.

Bonny Street connects Camden Street with Camden Road, although no cars are allowed access from Camden Road. It also provides access to a small cobbled mews, Prowse Place (with previous residents including Amy Winehouse and Damien Lewis, although not together!)

The terraced houses range from two-storey to four-storey, Victorian to a small row of pastel-coloured modern houses. These modern houses look so delicious they might well have been painted with edible sounding paint names: mint-green, candyfloss-pink, marshmallow-mauve, lemon-yellow and blueberry-blue. They have been sympathetically designed to blend in with their period neighbours.

The street is lined with a mixture of Norway Maple, Ash and Plane trees. The Norway Maple can be tapped, if you know how. Meaning you could in theory make maple syrup. But the sap doesn't have half as much sugar as the Sugar Maple and will require much boiling, so probably best to buy a bottle from a supermarket, or maybe take a trip to Canada where they put it on everything (sweet or savoury!)

At the end of Bonny Street is Camden Road train station, a hidden treasure of the overground rail network connecting Richmond with Woolwich. It was designed by Edwin Henry Horne and opened in 1870. It is one of the few railway stations in England which houses a police station. The railway arches are Grade II listed.